Where To Buy Dried Apples For Fried Pies

Can We Bake Them Instead Of Frying

I was thinking about Aunt Bernice and her famous fried pies a while back. I really wanted to make some for me and BeeBop but I wanted to try to see if I could do a baked pie instead.

Not that I have anything against fried food. I surely don’t. But we do try to only have it in moderation these days.

So I followed the usual recipe up to the frying point. Instead of slipping them into my old black frying pan filled with hot oil, I just brushed them with an egg wash and popped them in the oven instead. They don’t taste exactly like a fried pie, but they sure are a passable substitute.

Get a Free Cookbook!

How To Dehydrate Apples

You can dry apples in the oven, a dehydrator or according to some sources, in your car. You can opt to peel or not peel the apples. Its recommended that you soak the thinly sliced apples in lemon juice prior to drying them. The slices should be placed on a tray in a single layer. Drying apples takes time and patience. The drying time varies according to the type of apple and the amount of sunlight, if youre drying them in your car. Finding a convenient source that has dried apples for sale is an easier, faster way to stock up on this healthy dried fruit. 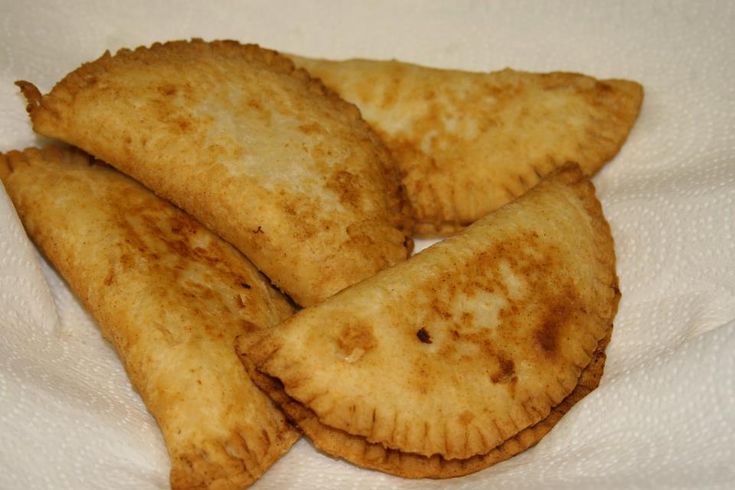 I think the most famous fried pie maker in our family was probably my Aunt Bernice. She was a fantastic cook who could make the most with simple ingredients of anyone I ever knew.

Tall, light red-haired, and gentle is what I remember about her. An unassuming woman with extraordinary talents in the kitchen. She was as much a mother to my father as was my grandmother. And Aunt Bernice was taken from us far too soon by breast cancer.

I can remember her working in her kitchen in the little house on the farm that she and my Uncle Clayton owned. And if I close my eyes and imagine, I can almost smell her fried pies.

I remember her making mostly peach fried pies but sometimes she’d use apples. Just for a change, you know. Of course, hers were always fried. Probably in peanut oil. It was plentiful and inexpensive back then.

I can see her cutting out the little circles of dough with a tea glass, spooning in the filling, folding each one over and crimping the edges with a dinner fork. Then she’d slip each little pie into hot oil in a black cast iron frying pan.

After exactly the right amount of time, she’d flip each little pie over revealing a perfect golden brown crust. After another few minutes in the hot oil, out the pies would come and onto some brown paper, probably a frugally saved grocery bag, to drain and cool. If you could wait long enough for them to cool, that is.

A Cookbook With Vintage Pie Recipes

This is a most interesting little book. Printed first in 1830 in Watertown, New York, it was reprinted there in 1831 and again in 1841. Of more importance is that within one year of its first appearance in New York, it was published across the border and became Canadas first printed cookbook.

The only difference between the American edition and the Canadian is a single word the substitution of the word “Canadian” for the word “American” in the titles.

This is intriguing since the book stresses the importance of American cooking and denigrates foreign influences such as English, French and Italian.

Go to a cookout in the south and if these are on the table, youll soon see people stuffing them in their pockets and purses. It may be a long time before the dessert table is open but that never matters around here. People lose all their composure over a fried pie.

But I wont lie. Theres a reason. Good ones are made by 80 year old women named Ethel or Edna. They are old-school southern to the coreand they are frustrating.

Most people run from making pie. I dont, and even an experienced pie pro like myself gets a little flustered with these. The key is to cook those apples dry, not overfill them, and make sure your oil is the right temperature so you dont get them soggy.

Heres my best shot of my apples cooked down very thick. Do your best to get yours to this point:

As long as you do that, youll be fine. I hope.

I used to dry apples in the fall for fried pies in the Winter. My husband and I built an apple drying cage with me telling him how..LOL 2 pieces of tin nailed together on a sheet of plywood. A 12 inch high frame around it made from screen wire, re enforced at the corners and around edges. The top would lift back then fasten back down air tight over the apples. The tin I covered with a white, clean sheet, placed the cage over 2 saw horses in the driveway where it could get a lot of sun. For several days the thin, peeled apple slices would dry away from flies. In at night, back out in A.M

Can I Use Fresh Apples Instead Of Dried Apples

How to Make: Fried Apple Pies

To ensure the dehydrated version is at its best, use the freshest and most flavorful apples you can find. Gala, Fuji, Golden Delicious, or Honeycrisp are perfect for oven drying, but any sweet apple will also yield a tasty snack.

Fill And Seal The Pies

Place a generous tablespoon of filling on each circle. Wet the edges of the dough and fold over to complete enclose the filling. Crimp around the cut sides of the dough with a fork.

Now if we were making the old-fashioned fried pies, at this point we’d begin slipping each of these into a pan of hot oil.

Let any fillings cool completely before adding them to the pastry case. To prevent a wet filling from making the pastry base soggy, preheat a baking tray and cook the pie on that the extra heat will set the pastry faster.

There’s nothing better than classic apple pie. It’s arguably America’s favorite dessert and at SuperiorNutStore.com, we’re always looking for ways to make our apple pie even more delicious. The taste a good apple pie is like heaven, but when it comes to making it from scratch, it can be quite the challenge. Luckily, we’ve found a new shortcut: dried apples.

When you’re making apple pie from scratch, you’re often stuck slicing, peeling, and coring apples for quite some time. It’s tedious and time consuming. But when you use dried apples, you get the same taste without all of the work. All you need to do is just rehydrate them and you’re ready to go. Dried apples are great for stocking in your kitchen and can be used in a variety of baked goods to add in that apple taste you love without all of the peeling, slicing, and coring.

At SuperiorNutStore.com, we stock a great selection of dried apples so that you can grab your supply to keep in your pantry. Eat dried apples on their own as a healthy snack or bake them into your favorite dishes. Either way, you save time and hassle when you go with dried apples!

Ready to put our dried apples to the test’ How about trying out a quick and easy recipe for dried apple pie’ Dried apples and pre-made pie dough keeps this recipe great for making anytime! It’s fast, easy, and totally accessible for any gourmet, no matter what his or her level of skill in the kitchen!

When To Harvest Apples 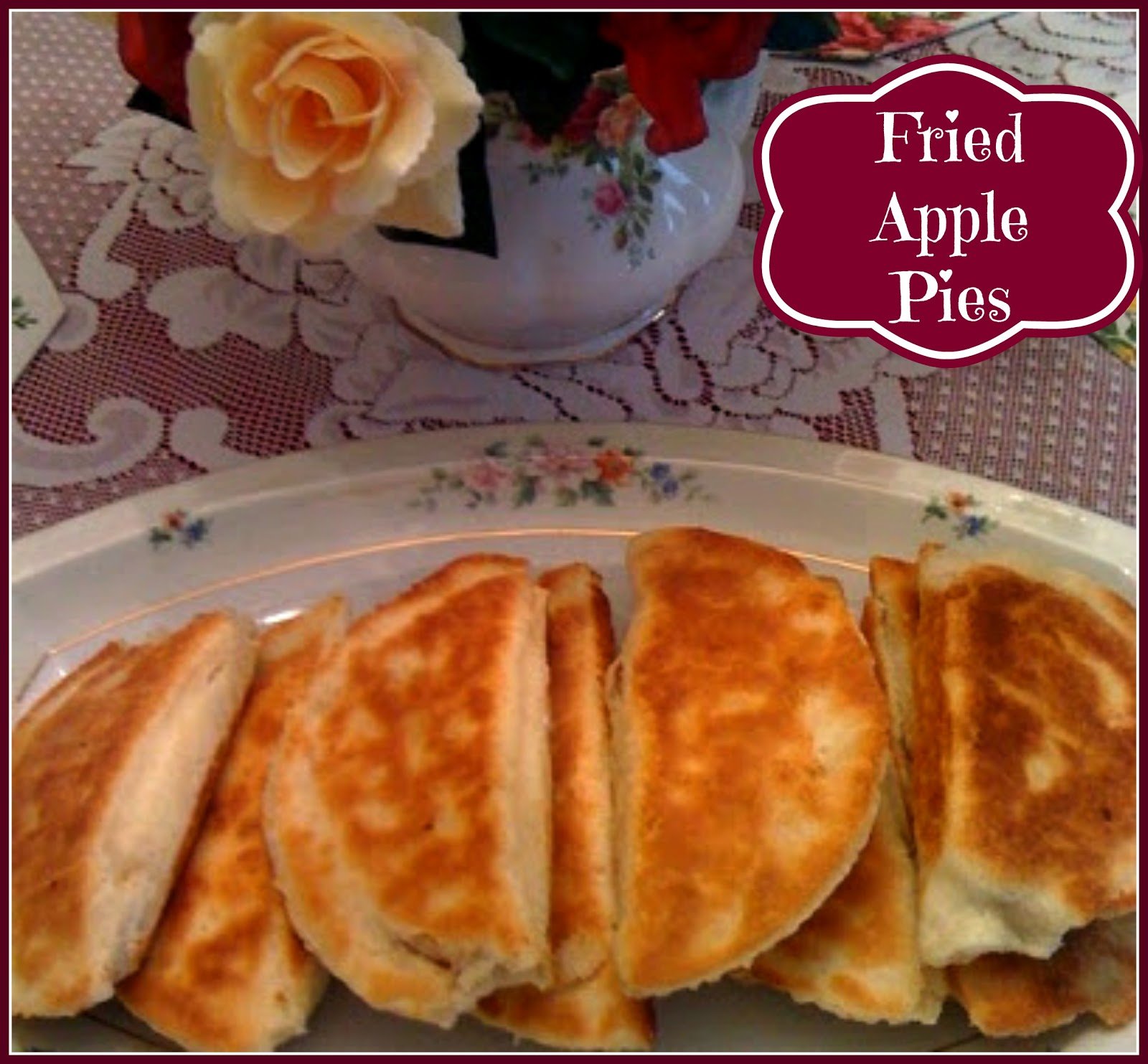 Apples are typically harvested from late summer to fall. Youll need to do some research to determine precisely when to harvest specific types of apples. Apple varieties ripen at different times. Harvest them when theyre at their most flavorful stage. When apples are picked, its imperative that they be sorted by size and quality. Use the larger apples first. Apples with blemishes shouldnt be stored with the other apples. Apples emit ethylene gas. Damaged apples emit ethylene quickly which will cause apples stored near them to spoil.

My Granny would make these pies for no special reason other than to have something sweet in the house. I can see the plate on the end of the kitchen table, covered with a towel, where we could nab one whenever we happened by.

They never lasted more than a day or so, and although best when hot from the skillet, they are also delicious at room temperature.

A few years ago, I decided to make Granny’s fried apple pies and when I called her to find out how, she said, “Just mix up your dough and stew your apples with a little sugar, then roll out each ball of dough and put a spoonful of apples inside and then fry it.”

Uh, ok. Could you be a little more specific please?

I thought maybe lessons were in order, so when Granny came to visit we had Fried Pies Day. Those turned out perfectly because she did most of the work.

After she left, I tried them on my own and realized I hadn’t written anything down. I had to have another Fried Apple Pies Day with Granny in which I did the work and remembered to write things down.

This is the thing about old recipes and old ways, a heritage which could easily slip away. Most dishes that our grandmothers or mothers or great-grandmothers prepared didn’t have written instructions or ingredient lists. Instead, they existed as integral parts of daily life.

You got up, made biscuits for breakfast, maybe fried chicken for dinner , and maybe pot roast for supper.

Take two quarts dried apples, put them into an earthen pot that contains one gallon, fill it with water and set it in a hot oven, adding one handful of cranberries after baking one hour fill up the pot again with warm water when done and the apple cold, strain it and add thereto the juice of three or four limes, raisins, sugar, orange peel and cinnamon to your taste, lay in paste.

But what if the banana bins at our supermarket were suddenly empty, fresh berries no longer plentiful and mangos unable to be sourced? It sounds almost apocalyptic, and it is. Because that’s the risk we’re running due to the devastating effects of climate change – and it could happen sooner than we think.