The Florida Keys are iconic for many reasons: the Beach Boys wrote songs about the islands, while Ernest Hemingway fished off its waters and wrote along its piers. But perhaps the singular most important contribution that Key West has provided to American culture is Key Lime Pie: a distillation of those laid-back island vibes into one singular dessert, thatlike Key West itselfis difficult to resist.

You will be unsurprised to discover that, to this day, Key West remains the best place in the world to consume this local delicacy. The Florida town is the birthplace of the dessert, after allthough that has been hotly contested on the internet For foodies and local historians alike, the Curry Mansion on 511 Caroline Street, built in 1868, is hallowed ground. The one-time residence of Floridas first self-made millionaire, William Curry, is allegedly where the magic happened, when his Aunt Sally invented the soon-to-be-iconic recipe in the mansions kitchen.

Though Aunt Sally may have had the first inclination to mix cake batter with lime, her innovation has since been reworked and refined in the past century. Whether you prefer your Key Lime Pie served on a popsicle, or in a jar , here are the best haunts for devouring the iconic Floridian dessert in Key West.

From Store Manager To Owner: How One Single Mom Made It

Juggling two jobs can be tough, but working two jobs and then going home to a third is even more difficult. Working this extra “shift” is a routine Tami Forbes knows all too well as a single, working mom.

Forbes began working as the store manager for a struggling Key West, Florida, pie business shortly after filing for divorce from her ex-husband. She was simultaneously working long shifts at a bar.

“Trying to rebuild a life on a single income in this town was incredibly difficult. I was very frequently picking which bill I could pay,” she said.

Not only was Forbes faced with the dilemma of how to pay bills. She was also searching for answers on how she was going to pay for her cesarean section in order to deliver her baby a procedure that can cost thousands of dollars if uninsured, as she was.

Luckily, Forbes’ supervisors at the time brought in someone to help.

Serial entrepreneur and host of CNBC’s “The Profit,” Marcus Lemonis turned around Key West Key Lime Pie Co.’s production process and upgraded the pie recipe to include all natural ingredients. Lemonis not only invested in the business. Impressed with Forbes’ attitude and work ethic, he also offered financial support to help with her maternity leave.

Lemonis increased Forbes’ salary and appointed her to a full-time position at Key Lime Pie. Last year, after even more hard word, he gave Forbes a 25 percent stake in the company.

How We Chose The Best Key Lime Pie Delivery Services

To select the best services, we weighed company history and accolades, quality of ingredients used in the pies, customer reviews, and pricing. A variety of flavors and other related items were also considered. For example, Key Lime Pie Company was chosen for its previous recognition in pie contests and best pie categories in addition to its century-old family recipe, while Kermits Key West Key Lime Shoppe was selected for its accolades as well as its extensive selection of key lime pie products.

Recommended Reading: How To Cook Chicken For Chicken Pot Pie

The Key West Key Lime Pie Company had been struggling for quite a while when Marcus visited their two locations, quickly spotting a variety of issues contributing to their lack of success.

The first thing Marcus noticed was that the shop was cluttered with items that werent made in house and had a low-profit margin. Marcus also wanted to taste the award-winning pies and asked Jim about the ingredients. He was unimpressed when Jim told him it was made with a premade crust, powdered pie filling, and condensed milk.

In the kitchen, employees were bickering about running out of the shrinkwrap. Jim was told they had been running low for weeks and may not have the money to buy more. Jim yelled at the employees, calling them liars, and threw a water bottle. One employee, Tami, took charge and ordered the shrinkwrap they needed. Marcus soon realized Tami was an extremely underpaid and undervalued employee. She was in charge of ordering supplies, staffing, human resources, and dealing with employee issues. Her paycheck was $300 a week. 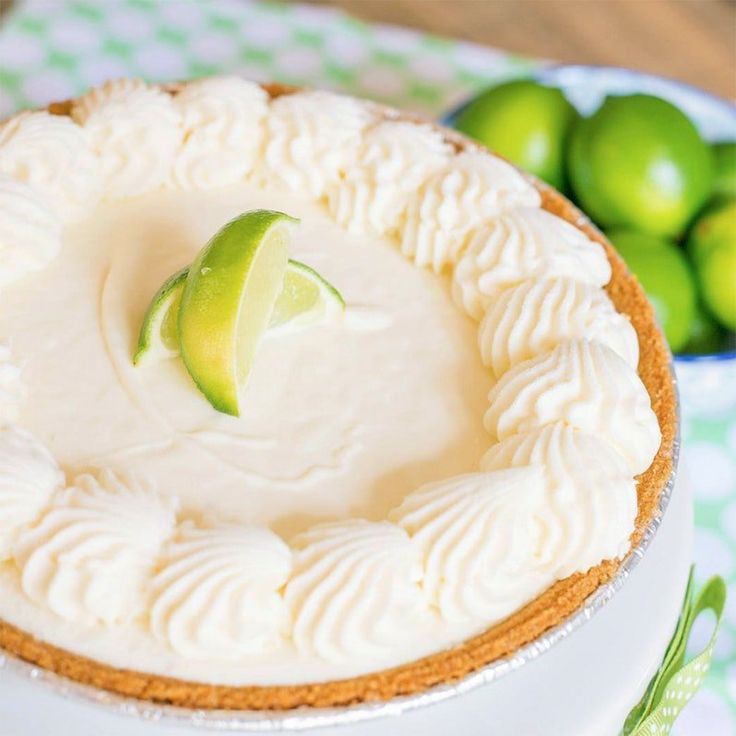 I would have just purchased the plain Jane KL pie but then they sold me on the extra tart, which was sooo good.in 20 reviews

We got the original slice and it had some tartness with the creamy and the whip cream was fresh and generous.in 16 reviews

You can get a whole pie, mini pie, slice, chocolate dipped pie on a stick, pie in a cup, or a child’s slice.in 32 reviews

The Key West Key Lime Pie Co. offers a variety of products from our delicious award winning pies to our decadent key lime pie bars.Here at Key West Key Lime Pie Co. all of our pies are made with natural ingredients and handmade. We live by our motto “If we don’t make it, we don’t sell it!”Come visit the store and watch our pie makers in action making pies, bars and more before your very eyes! Or take a class and learn how to make a mini key lime pie for yourself.Our 100 year old recipe is what makes our pies unique and keeps our customers coming back for more!Looking for something to do? Great tourism stop!

“We are still shipping our pies online at Keylimepieco.com.Our store hours have temporarily changed. Monday thru Thursday 9 am to 4 pm.Thank you to everyone who can self distance and keep the world a little healthier! Stay happy and healthy.”

Your trust is our top concern, so businesses can’t pay to alter or remove their reviews. Learn more.

What You Need To Make This Key Lime Pie

The truth is, Im not much of a decorator when it comes to pies and cakes. Im all about simple, easy, get-it-in-my-mouth-as-quick-as-possible. You too? Good. Then youll like my no-nonsense whipped cream topping.

If you are in a hurry, and I mean, a BIG HURRY, I would perhaps allow you to use a store bought pie crust and a can of whipped cream. This pie would still be heavenly. No doubt.

Key lime pie is a delicious, tangy treat that has a unique flavor and a bright color that alludes to its distinctive, tart taste. Locals in the Florida Keys grow up eating the iconic, namesake dessert, made from the areas signature limes. The Key West Key Lime Pie Company was started by Jim Brush and his girlfriend, Allison Sloat, with only $1,200 as a roadside pie stand. They eventually became successful enough to open a brick and mortar store and earned the title of Best Pie by the American Pie Council. However, even after making over a million dollars in sales, they were unable to turn a profit.

Im a big fan of graham cracker crusts because they are super easy to make and go so well in many desserts. I use it in this Pistachio Pie and these No Bake Smores Cheesecake Bars.

What Is The Origin Of Key Lime Pie

Early records show the first written recipes of key lime pie date back to the 1930s-1940s, but it was likely being made in homes long before then. There is general consensus that the first key lime pies were made in Key West, Florida, where there is an abundance of key limes. Legend has it that Floridas first self-made millionaire, William Curry, had a cook known as Aunt Sally who created the pie in the late 1800s, while others think that this was already a delicacy first produced by an area fisherman. Some food historians claim it has a completely different origin story, including one that links it to an invention by a milk company in order to sell more sweetened condensed milk. Because of the lack of refrigeration or ice in the Keys in those early days, sweetened condensed milk was the perfect shelf-stable ingredient to use in baking.

Telling entrepreneurs in Key West, Florida, how to run their key lime pie business might sound like a bold move, but that’s exactly what had to do during season two of CNBC’s The Profit.

In 2013, Lemonis invested $450,000 for 51 percent of The Key West Key Lime Pie Co., a struggling business owned by Jim Brush and Alison Float. During the show’s most recent season, Lemonis checked back in with the company to see how it was performing. After generating sales of $1 million in 2014, the business is projected to reach $1.2 million in revenue this year. More importantly, the company went from losing $100,000 in 2014 to generating an estimated $100,000 of profit this year.

So how did Lemonis turn things around?

Most of the money that went into the company paid for a complete renovation, new appliances, and paying off debt, but the most important decision Lemonis made was arguably changing the dynamic between Brush and the company’s manager, Tami Forbes. A dedicated worker, Forbes handled everything from staffing to customer service to special events, but was only collecting a paycheck of $300 per week, forcing her to work a second job.

Though Brush and Lemonis agreed that Forbes was the heart and soul of the company, Brush refused to increase her salary, a decision Lemonis chalked up to “anger issues” and being resistant to change.

“The only thing Jim and I agreed on was Tami’s value,” Lemonis said during the episode.

What Are The Ingredients In Key Lime Pie

Traditionally, a key lime pie’s filling consists of key lime juice, egg yolks, and sweetened condensed milk. It typically sits in a graham cracker crust, although it can also be cooked in a more traditional pie crust. It is sometimes served without a topping but often has a light meringue topping made from egg whites or whipped cream. The pie is served chilled. 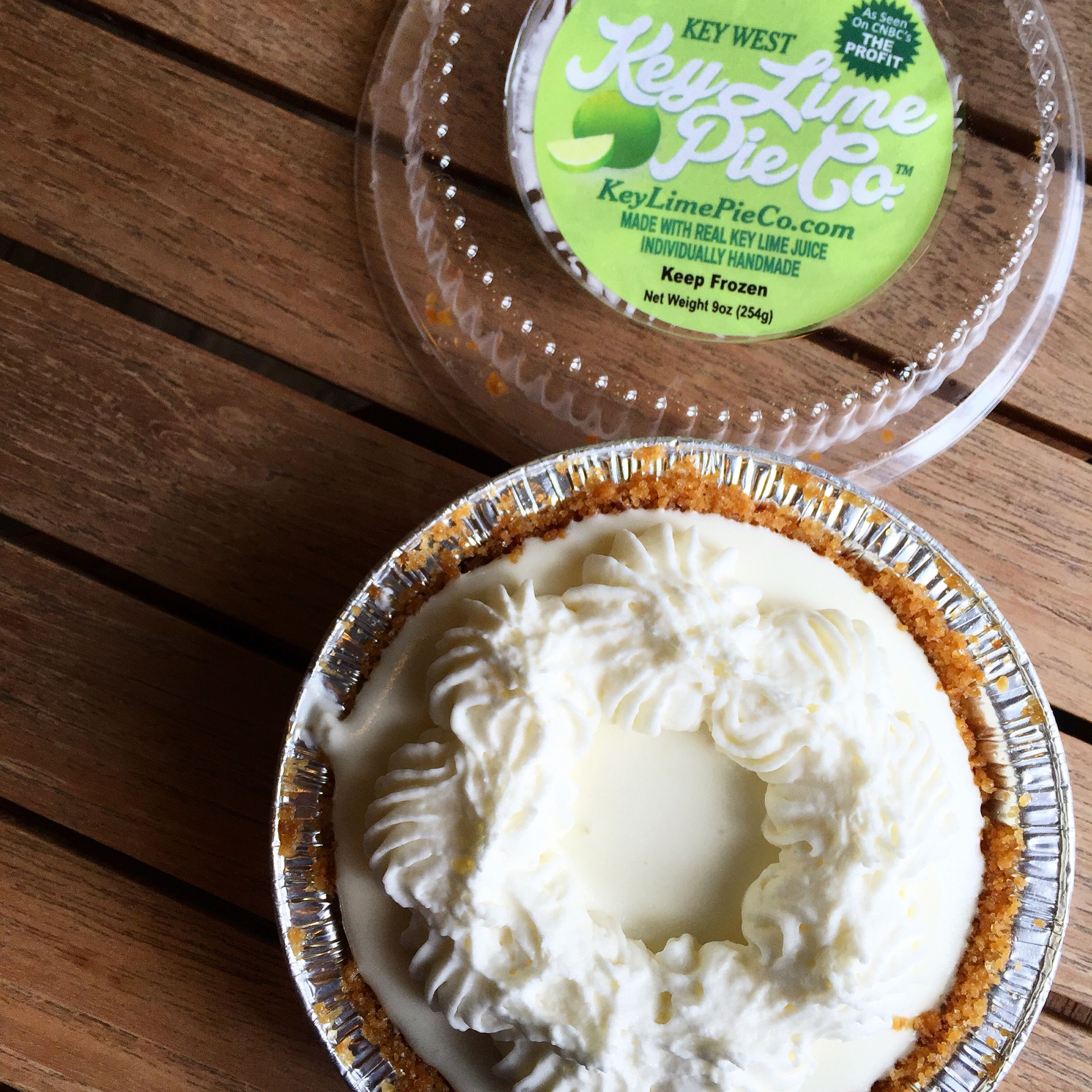 While our pies chilled, we got down to our second challengethe mystery ingredient from the Florida Keys which turned out to be beautiful Yellow Tail Snapper fillets. I had never worked with or eaten it before, however, I am pretty familiar with halibut, so I figured it was similar to cook with.

Ingredients were set out for us to choose from. Things like flour, Panko, mango, tomatoes, breadcrumbs, eggs, spices, herbs and much more. I saw coconut milkand I saw many going for breading or flour as well as mango so I quickly decided to do something I thought no one would do. A curry sauce, similar to one of my favorite ways to prepare halibutTake a look at my recipe for Pan Seared Halibut in Thai Curry Sauce.

I am not talking about using curry powder, instead, a is curry defined as cooking down vegetables and herbs. So I grabbed tomatoes, ginger, onion, etc. I cooked them down and finished the sauce with coconut milk and seasonings. Whatever I could find in that kitchen to give it the flavors I was thinking of in my head, I grabbed. As far as the fish, I simply pan-fried it with seasonings, then sat it atop the sauce I made.

Judges came around and tried each of our dishes as we raised our hands once complete . I kept hearing Gordon Ramsay in my head. Stick to one thingdo it well, taste, taste, taste so thats what I did. Each judge independently tasted and scored our yellow-tail snapper entrée as well as our pie. Then the scores were merged.