The Pyrex 9-inch Pie Dish has been around for a long time for good reason. It’s just the right size for most recipes, its sturdy, inexpensive, and it bakes quite evenly. Being able to see through the bottom to check the browning on the crust is also a huge bonus for novice and experienced bakers alike. The dish was slightly harder to clean than my number one pick and had some stickage issues with the graham cracker crust, but it was nothing a little scrub couldn’t take care of.

There have been incidents of Pyrex bakeware shattering in recent years which is why this dish ended up in second place. I didnt have any issues while I was baking and anecdotally havent heard of this happening to any of the bakers I know, but make sure to follow manufacturers instructions when using these dishes to reduce the small chance of your dish shattering.

The Best Pie Plate, According to WirecutterThe folks at Wirecutter have tested 19 pie plates since 2013 and ultimately picked this glass option. They went with glass because its inexpensive and conducts heat gently and evenly. They also like that it allows you to check the doneness of the bottom of your pie. More specifically, they liked this OXO glass plate because its made of thick borosilicate glass , which means the dish can go from freezer to oven with a lower risk of breaking. Also: This plate is two inches deep and held more than most of the other glass ones they tested. Note: The OXO plate that Wirecutter picked actually does not come with a lid, but the lid-less option is currently sold out. And a lid is nice to have, anyway!

Other Pie Plates I Tested

The USA Pan Aluminized Steel Pie Pan was also a favorite. Pies baked beautifully in this metal plate. It has a ridged bottom meant to facilitate air circulation and add warp resistance and it did a wonderful job browning the bottom crust of the berry pie. The BPA-free silicone coating helped slices slide right out, but scratched after using metal utensils. USA recommends hand washing the pan which could be a turn off for folks whod prefer to use a dishwasher.

OXO makes a solid borosilicate glass pie dish which is thermal shock resistant, meaning that it can go from the freezer to the oven safely, but its 2-inch depth made the crust of the berry pie shrink down into to the pan and I imagine most recipes not specifically written for a deep-dish pie pan would suffer the same fate. The rim was also a bit trickier to hold onto than the Pyrex, which is why this was my second favorite glass dish. However, if you like to take your pies to go, this dish comes with a very handy cover.

The Anchor Hocking 9.5 Deep Dish Pie Plate also proved to be a bit too large to handle the recipes I tested it with, and the crust on the blueberry pie slumped down into the dish which made the slices tricky to remove. However, the two little handles on this glass dish made it easy to move in and out of the oven without disturbing the crust and made me wish the Pyrex had that little feature as well.

Why You Should Trust Us 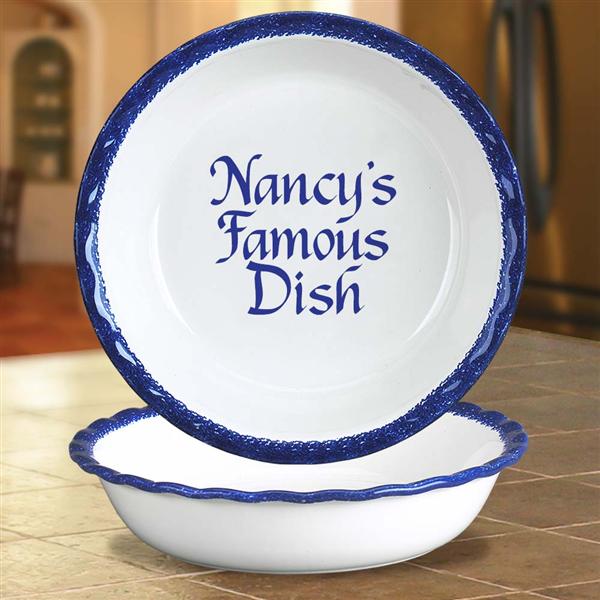 Through high school, college, and culinary school, Daniela Galarza worked in bakeries and restaurant pastry kitchens, where she baked thousands of pies. She has made every type of pie dough and filling, and has used pie dishes of all sizes, shapes, and styles. Marguerite Preston, who worked on a previous version of this guide, is a former professional baker with almost two decades of pie making under her belt. Shes now a senior editor overseeing Wirecutters kitchen and appliance coverage. This guide also builds on work by Wirecutter deputy editor Christine Cyr Clisset.

To ensure we werent limited to our own experiences, for our 2019 update we reached out to some of the best in the pie-making business, including third-generation pie baker Petra Paredez of Petees Pie Company in New York City Melissa Clark, longtime food columnist for The New York Times, who has written a guide to pie crust pastry chef and recipe developer Erin McDowell, author of The Fearless Baker and The Book of Pie: Everything You Need to Know to Bake the Perfect Pies Jerrelle Guy, photographer, recipe developer, and author of Black Girl Baking and Nicole Rucker, a pastry chef and pie baker in Los Angeles whose new book, Dappled, includes a section on pie. In the past weve also spoken to a number of other cookbook authors and pie experts.

How Do You Put A Pie Crust Into A Pie Pan

Once the pie dough is resting on the pie pan, you begin shaping it by smoothing the dough across the bottom surface of the pan and then fitting the dough into the crease of the pan. Next, you’ll press the dough against the sides of the dish, allowing any extra dough to hang over the lip. Trim the dough about half an inch past the lip of the dish, and crimp the edge of your pie crust as you like.

The Best Pie Plate, According to Cooks Illustrated and EpicuriousThe testers at Cooks Illustrated didnt like glass as much as Wirecutter because it struggled with release issues when it came time to serve. Instead, they picked this metal dish, which is extremely thin so it heats quickly and evenly. They said it baked crusts perfectly without ever over-browning. They also liked its super simple lip, which meant they could do their own crust-crimping. And did note that the metal surface can cut or scratch when youre slicing up the pie, but that this was not a huge issue.

Testers at Epicurious came to the same conclusion as Cooks Illustrated. Their tests involved making a blueberry pie and a Key lime pie in each pan. This pan did the best in both tests, but did especially well with the berry pie, producing the most even results and crisp crust of all. They noted that the slices came out incredibly easily. They also noted the scratching issue but said the scratches didnt seem to have any negative effect on the utility of the dish. Note: Williams Sonoma recommends using wooden or silicone tools when serving.

This is actually a hard one! Because we see the merits of glass, ceramic, and aluminum. Theyre all so different! And it does kind of depend on the pie youre making and what youre planning to do with it. For example, we love the Williams Sonoma option for a simple graham cracker or cookie crust. The OXO glass one is nice for fruit or custard-based pies. But if we had to pick just one, were actually going to diverge from everyone on this list and pick this ceramic Emile Henry dish .

First of all, its gorgeous, so its sure to elevate anything you make. We also like that its so fluted, taking the pressure of novice bakers who might be intimidated with crust work. It can also go straight from the freezer to the oven, which is handy if you tend to freeze your fruit pies before baking them. And it can go under broiler, which glass cant do.

Do you have a pie dish you love? Tell us about it in the comments below.

Since Anchor Hocking began in 1905, weâve had a focus on two things: reliability and innovation.

Anchor Hocking Glass Bakeware is oven-safe and family-tested. Stronger than regular glass products, you can bake and serve with the confidence that this tempered product wonât let you down. Test its versatility with scrumptious, savory, or sweet, this dish wonât stain or absorb odors.

Read Also: How To Use A Pie Iron

To Our Valued Customers

We regret that due to technical challenges caused by new regulations in Europe, we can for the time being no longer accept orders from the European Union. If you reside in the UK you can continue to order from our UK websites or shop from our locations and partners. Visit West Elm at www.westelm.co.uk and Pottery Barn Kids at www.potterybarnkids.co.uk.

Matters of consumer privacy and rights are paramount to our brands and we will continue to work diligently to make our products available to you. The pace of global regulations is hard to predict, but we have the ultimate goal of being able to offer our products everywhere.

We share your disappointment and greatly appreciate your understanding. Thank you for your patronage.

How To Make A Deep

Making a deep-dish pie crust is exactly the same as making a regular pie crust: You just make more of it. This recipe makes two pie doughs one is enough to cover a deep-dish pie plate with a 1/4-inch-thick crust , and the other can be used to create a double crust.

Should You Grease A Pie Pan

Maintain The Pan As The Material Demands 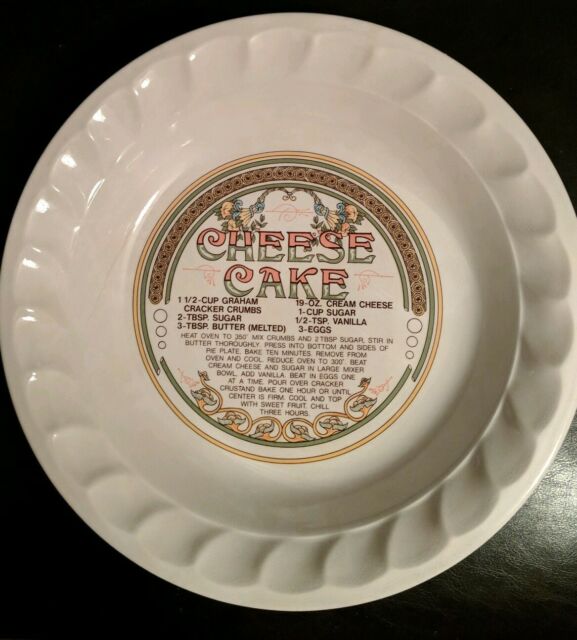 The material the pie pan is made with determines how you maintain it. For instance, if the pie dish is made of glass, it is unwise for you to scrub any stain on it with abrasive cleaning agents. A solution of dishwashing liquid and baking soda can easily remove the grime.

For a stainless steel pie pan, you can boil it in water. Ensure all sides are immersed in water. If your pan needs seasoning, ensure you do it as well. The proper maintenance will make your pie pan last longer.

Jesus Is Bread Of Life