How To Make Pie Dough By Hand

Momofuku Milk Bars Cinnamon Bun Pie is a high class, low cost slice of NYCs dessert elite. Cinnabon is a low class symbol of NYCs contribution to obesity. In the end they both serve the same purpose, satisfying a sinful desire for cinnamon and decadent frosting. But as discriminating foodies, we must ask, which is better? Read on for the final verdict

I had a 1/2 recipe of Mother Dough, Christina Tosis versatile bread dough, left over from making Momofuku Bagel Bombs, so I decided to use the rest on the Cinnamon Bun Pie recipe in the Momofuku Milk Bar cookbook. In this recipe, the Mother Dough is used as the crust of a pie. There are two additional sub-recipes, Liquid Cheesecake and Cinammon Streusel. Liquid Cheesecake is a pliable version of cheesecake filling that is made of cream cheese, sugar, cornstarch, salt, egg, and milk. The book calls for baking the liquid cheesecake in plastic wrap, but in my previous experience making Liquid Cheesecake for the Carrot Layer Cake, the plastic wrap melted at 300 F, so I baked it in parchment paper instead. Cinnamon Streusel is really easy: mix together dry ingredients and then mix in melted butter to make a crumble.

I thought the final Cinnamon Bun Pie was good. Each individual component is tasty, but the final product with the layers of brown butter, brown sugar, cheesecake, and cinnamon streusel is a little over the top in sweetness and richness for my taste . Good recipe for someone with a sweet tooth.

Many of the rich flavors and spices of fall lend themselves well to dessert. Some chefs encourage thinking beyond basic pumpkin pie for Thanksgiving.

Theres something about fall that very much translates into those nurturing, nostalgic food flavors, says Christina Tosi, chef, owner and founder of Milk Bar, which serves desserts and treats from seven locations in New York City and Toronto. Its the season where you can really make the marriage of fresh produce with spices and aromatics.

Ms. Tosi says when planning fall desserts, she starts by pondering the ingredients at hand. I think of apples and grapes and spices that I love, like cinnamon and ginger, she says. She also thinks of her favorite desserts, including carrot cake, hot apple cider, and also the nuts that are roasting outsideI use those as jumping off points, she says.

Instead of a standard apple pie, Ms. Tosi likes to take the essence of that dessert and employ it in a different format. I love the warmth of apple pie, says Ms. Tosi, who created the desserts at the Michelin-starred Momofuku Ko before opening what was called Momofuku Milk Bar in 2008.

We take an apple pie and deconstruct it into a layer cake, Ms. Tosi says. An apple pies buttery pie crust makes an appearance in the form of brown butter folded into the batter for a brown butter cake, layered with a compote of sweet, cinnamony apples. 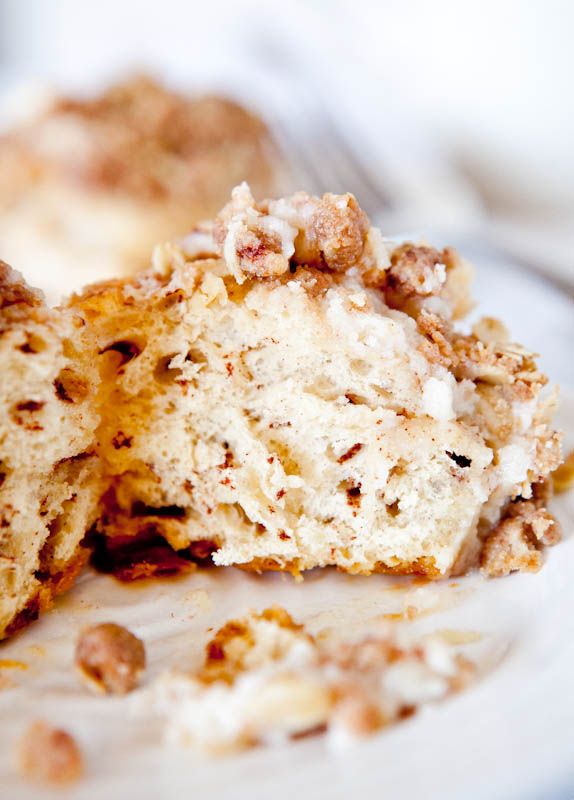 I have been coveting the book Momofuku Milk Bar by Christina Tosi for quite some time. Shes a self-proclaimed sugar-aholic, she unapologetically cooks with butter, sugar, eggs, Skippy peanut butter, Capn Crunch cereal, cream, and fat.

She can apparently consume raw cookie dough by the batch.

I love this woman already.

She creates crazy, decadent, mind-blowing recipes that include ingredients ranging the gamut from clear imitation vanilla extract rather than expensive vanilla because it has a taste people associate with home to ingredients you probably dont have laying around your home, like glucose, freeze dried corn to grind into corn flour, citric acid, and feuilletine.

If youre not familiar with the book, you should to be, but you are warned.

First, the recipes in the book are not of the quick and easy variety. Most recipes have recipes within the recipe.

For example, in the actual Cinnamon Bun Pie recipe in her book, first you are to make mother dough from scratch.

Then make cinnamon rolls with it.

Then, make a liquid cheesecake filling from scratch.

Thats my rendition of liquid cheesecake filling, oozing, below.

Then make a crumble topping.

Finally, combine and layer all the recipes within the recipe together and bake.

I love anything with a crumble topping and was thrilled to get my crumble on.

Secondly, many of the recipes themselves are over-the-top.

Make your own grape jelly

However I Loved Milk Bar

Milk bar pie recipe review. Bake until just set and jiggly in the center and then cool out of the oven and serve cold! Besides those two unique additions, these milk bar cookies are made with classic ingredients youd expect to find in any homemade chocolate chip cookie, such as: Reduce oven temperature to 325°f.

Spread over top of pie and garnish with. The cereal milk flavored ice cream is topped with corn flakes for extra crunch and will cost you $5.50, an expensive. For the full recipe, click here or just order pie for delivery!

1 ½ cups miniature marshmallows. For the cinnamon streusel topping. Seriously the texture was amazing.

The ingredient list now reflects the servings specified. Ovaltine soak 1/4 cup milk 2 tablespoons malt. If that is even possible.

I had the cereal milk ice cream. 8 ounce package of cream cheese, softened. My family and i were in nyc visiting and made the trip over to the east village to eat at momofuku and finish with milk bar for dessert.